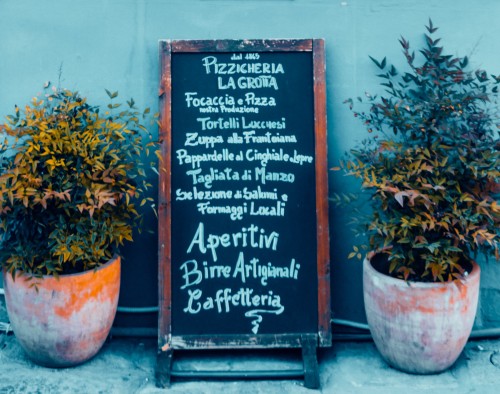 Photo by Miti on Unsplash

Without restaurants being open declaring their seasonal specials and leisurely grocery store trips, it’s easy to forget the culinary seasonality that is Spring’s gift. Morel mushrooms with their craggy domes and earthy aroma, crisp sweet peas, and of course asparagus. 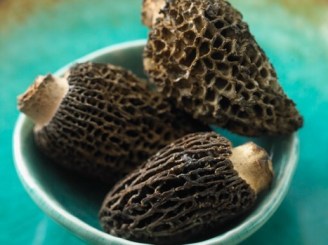 Out of season asparagus is an expensive and rather dingy vegetable in my opinion. In-season, locally grown asparagus, however, is slightly less expensive but miles above the more commercially produced, year-round stuff. It is sweet and bright, tender and crisp. It is great simply steamed or quickly broiled with a squeeze of lemon and some flaky sea salt to finish. It is delicious chopped up in some fluffy scrambled eggs or in a delicate soup.

Last week’s PCC newsletter naturally featured asparagus and coincided nicely with a grocery delivery order I was putting together. I bit the bullet and ordered 2 pounds and planned out my menu. I would start on Saturday with a preparation featured in one of my favorite cookbooks, Roast Chicken and Other Stories and roll into Sunday afternoon with an asparagus soup from the same book and then, as an accompaniment to our Sunday roast chicken dinner, a bright asparagus and orzo dish from the aforementioned PCC newsletter.

The asparagus arrived…$23 worth, closer to three lbs, but I won’t complain. Then Saturday came and we had a late lunch so I planned for a late light dinner. I browsed the recipe a bit and mentally ran through the steps. It was a bit fussy, as this particular cookbook can be, but I wasn’t too worried.

The recipe is called Delices D’Argenteuil. According to the cookbook, the Argenteuil region which is outside of Paris is famous for its asparagus. This is a pancake dish that combines the classic flavors of egg, asparagus and ham. The author calls them “pancakes” but it is essentially crepes with asparagus and prosciutto rolled up inside them. And because it is French, covered in hollandaise. Simple enough I thought to myself. Mmmm, yeah, not really.

I got all my little crepe and asparagus/prosciutto rolls all ready and in the oven, and  then conscripted Andrew who has a much better grasp of the whole emulsified sauces thing than I. I halved the hollandaise recipe because one stick of butter per person seemed a little wrong, especially as it was nearing midnight. We biffed the first attempt but luckily before we added the butter. The second round took nicely and we soon had a beautiful silky sauce. That was spooned over the rolls and broiled so the sauce just melted in and the resulting dish was both sweet (without any added sugar) and savory, from the prosciutto, and fresh with a nice crunch, courtesy of the asparagus. Served with a sparkling Rose cava just before midnight, totally worth the wait.

We went to bed satisfied and even a little triumphant, having done this seasonal treat justice. Next stop, Asparagus soup! 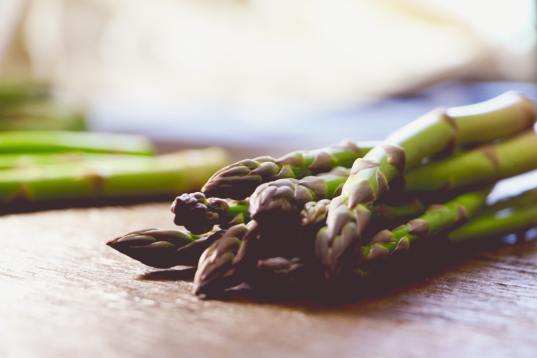